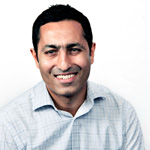 board director and head of CultureCom at MediaCom, discusses the uses of IPA Touchpoints, which has become regular planning currency for media agencies.

Touchpoints is the IPA’s unique, consumer-centric, crossmedia, cross-device database and is fast becoming one of the must-have databases for the industry with over 60
companies now subscribing. 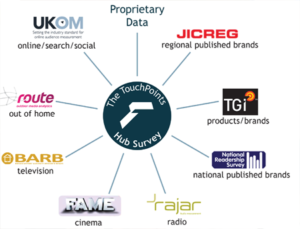 So it says on the tin! By my reckoning, sales pitch aside, IPA Touchpoints has become regular planning currency for media agencies if not as much as long standing independent desk top pieces of research like the Target Group Index. What’s more, when
peering under the bonnet of IPA’s Touchpoints study, it actually contains a much overlooked but hidden gem.
Resisting my temptation for an extended drum roll, with no further build up, I am very pleased to say that for some time now, it has been harbouring the ability to reveal the holy grail i.e. understanding how likely South Asians are to consume mainstream products and services.

Previously, much has been made indus try-wid e about apparent lack of data to enable such forensic examinations cross tabbed in this way. In last August’s issue, Anthony Greenidge echoed this very point by astutely passing comment on the abundant lack of research to validate and support the
case for ethnic targeting amongst media and advertising agency circles. Please look no further as it is now possible and boy, does it open itself up to an array of opportunities for all to explore!
Going way back, one of the main traditional routes was to use studies like the TGI and National Readership Study, which allowed ethnic groups to be defined by their religion or ethnic language spoken. Certainly, this may have worked in the late 1970’s, fresh after the last major influx of immigration from the Asian subcontinent, where such selection criteria played an overwhelming and substantial part of determining respective outlooks of first
generation South Asians.

Half a decade has since elapsed, making such means of identification obsolete and chiefly redundant. For those ethnic communities arriving in the late 1960’s, many are now on their
third or in some cases, fourth generation. Language spoken and religion are no longer viable common denominators, making these labels archaic and broadly unfit for purpose. At long last, the playing field has been levelled like never before. We can now compare Asian audiences against a primarily Caucasian base, to finally see if a business case can be made for mainstream marketing geared towards ethnic groups. Indians, Pakistanis, Bangladeshis, Chinese,Caribbean and African are the full list of ethnic groups currently listed within IPA Touchpoints and can be spliced and diced any way you like whether with added demographic filters or qualitative lifestyle segments.

With a watching eye on maintaining robust sample sizes, any remaining conjecture on accuracy levels with the outputs of this research must be balanced with the role research fulfils. It is there to provide empirical advice and guidance to support anecdotal observations rather than anything grounded scientifically with absolute precision, which let’s face it, no modern day research is able to achieve perfectly.

It should therefore come as no surprise to see for example, the product and services Indians have a higher propensity to use or consume. Luxury items, premium cars, high ticket brown goods, large white goods, new technology and gadgets, insurance products all lend themselves to naturally explaining how compared to the national average, Indians are more likely to be affluent, entrepreneurs, working in recognised professions, better educated and thereby afford a commensurate lifestyle.

Any advertiser operating in such markets should be asking themselves to what extent their marketing plan addresses reaching Indians as an untapped source for business growth.
Equally, last month’s illuminating cover story explaining Kalpesh Patel’s launch of Asian Wealth Magazine adds further credence to the very real hypothesis that South Asians are a key market for upmarket goods and services.

Similarly and in more recent times, as I outlined in the launch issue of Media Impact, Experian Mosaic Profiles contain categories with overt ethnic leanings that facilitate the same analysis, namely N58 Cultural Comfort and N59 Asian Heritage. However, IPA
Touchpoint’s ethnic groupings enable more bespoke, granular investigations where specific ethnic groups can be identified and further crafted, rather than working with more homogenised, pre-set audience pools such as the N58 and N59 mosaics, no matter how
invaluable and insightful they can be in their own right.

With IPA Touchpoints readily on tap, I would actively encourage those in mainstream environments, whether they are a media planner (certainly at a strategic level), client, advertiser, marketing professional or proprietor of a business, to undertake a wholesale review of their marketing and communications plan, and evaluate what role and contribution ethnic groups have in formulating their target audience?

After all, if you knew a certain target group could have a demonstrable, positive impact on your plan or business, why would you not want to resist embracing such a compelling opportunity for growth? 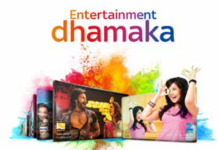 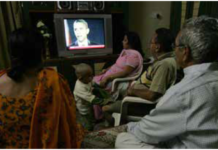 Easy Crafts to Make This Easter