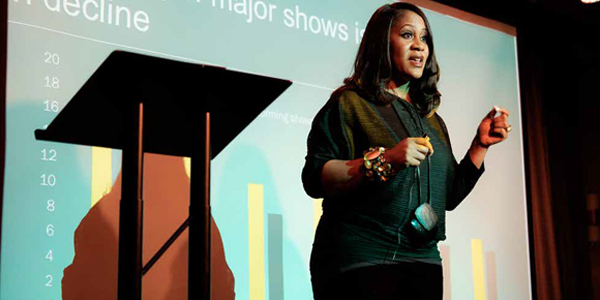 Karen Blackett is one of a few black women in a senior
media role in the UK, and is determined to help more
people of colour enter the industry.
“I have a burning passion to ensure the industry
embraces diversity of all types. Aside from the fact that it
is clearly morally correct, I firmly believe it is essential to
the continued success of advertising and media agencies.”
Blackett began her media career in 1993 at CIA MediaNetwork
working across a range of direct response accounts,
which included NatWest, Time Life, Barclaycard and Prudential.
She continued her career by joining Zenith Media in
1995 as a senior communications planner and buyer working
on the sought-after BT account.
Blackett was then head-hunted by The Media Business
Group, where she eventually reached the board of directors
in 1999 of the newly merged MediaCom and The Media Business
Group Board.
In 2008, she became MediaCom’s chief operations director

for EMEA. Priority markets included Russia, Turkey, France,
Spain, Portugal, Poland, Czech Republic and South Africa.
After three years strengthening the EMEA network, during
which time MediaCom moved from the fifth largest to
the third largest EMEA network media agency, and she was
promoted to CEO of the UK Office in January 2011, running
over £1.2bn of media billings and over 1,100 people.
MediaCom UK is the largest media agency in the UK with a
range of diverse clients, such as Sky, Tesco, GSK, Coca Cola,
CRUK, Centrepoint, Audi, DFS and the Metropolitan Police,
with offices throughout the UK and in Dublin.
In 2015, Blackett successfully led the agency to win the
esteemed Tesco business, replacing the supermarket giant’s
incumbent agency of 23 years.
Most recently she has been appointed as one of four external
advisors to help diversify the Civil Service and as one
of David Cameron’s UKTI Business Ambassador’s. In March
2016 Blackett became President of NABS, the advertising

industry charity which focuses on health and wellbeing in
the workplace and presenting the business case for diversity.
Diversity in the UK
Growing up in the 1970’s, Blackett was brought up in the early
stages of a multi-ethnic UK. Since then much has changed
in the UK landscape.
The recent Diversity Matters Report – a study of proprietary
data sets for 366 public companies across a range of
industries in Canada, Latin America, the United Kingdom,
and the United States, highlighted the value of diversity in

improving business performance.
“When companies commit themselves to diverse leadership,
they are more successful. More diverse companies, we
believe, are better able to win top talent and improve their
customer orientation, employee satisfaction, and decision
making, and all that leads to a virtuous cycle of increasing
returns,” read the report.
The report found that in the United States, there is a linear
relationship between racial and ethnic diversity and better
financial performance: for every 10% increase in racial and
ethnic diversity on the senior-executive team, earnings before

What’s the likelihood that campanies in the top quartile for diversity financially outperform those in the bottom quartile?

Blackett has recently been named as one of the Top 40 most influential women in the UK
over 40 years old by Telegraph’s Stella Magazine. In June 2016 she was also ranked at
No.4 in the Top 100 BAME Business Power List and at No.9 out of 100 in the Upstanding
100 Executive Power List published in the Financial Times. In June 2014, she received an
OBE in the Queen’s Birthday honours for services to Media & Communications. Blackett
has featured five times in the Power List of Britain’s 100 Most Influential Black People.
In November 2014 she topped the Power List coming in at No.1, being the first Business
woman to do so.
Blackett was also included in the 2015 Radio 4 Woman’s Hour Power List of Top 10 Influencers,
being positioned at No.8. The list included Nicola Sturgeon, Angelina Jolie, Anna
Wintour, Katharine Viner and Camilla Cavendish. Karen was also named among the top
ten inspirational women for Marie Claire’s Women At The Top Awards.
Karen sits as a Trustee for the charity Adopt A Better Way who’s focus is to change adoption
laws and policy to try and make it easier for kids in care, (especially those from black
backgrounds) to find a happy, loving family home. She is also an Exec member of WACL
(Women in Advertising and Communications London), an Advisory Board member of
Shine Media and a Non Exec of Creative England.

interest and taxes (EBIT) rise 0.8%.
In the United Kingdom, greater gender diversity on the
senior-executive team corresponded to the highest performance
uplift in the reports data set: for every 10% increase
in gender diversity, EBIT rose by 3.5%.
“It’s great to see the evidence from McKinsey, but in my
industry the fact that a more diverse workforce will improve
business performance is really just common sense,” said
Blackett. “Our role is to help advertisers connect more effectively
with their target audiences. That means we have to
understand their audiences. Since their audiences are increasingly
diverse, we will do this job better if our staff reflect all
aspects of their diversity and difference?”
The Black and Ethnic Minority population in England and
Wales stands at 14% and according to the Institute of Practitioners
in Advertising’s Multicultural Britain report, England
and Wales will be as diverse as London is now, with around
40% of the population from a BAME background by 2051.
“Certainly we’re making progress. The nations’ favourites
soaps are meant to reflect life in the UK. We see black and

ethnic minority characters on these soaps such as Coronation
Street, Emmerdale, EastEnders, even Doctors.” She said that
there were also BAME personalities working in broadcast –
examples being Sir Trevor McDonald, Moira Stewart and now
the new class of Dharshini David or Gillian Joseph on Sky.
“But, where are their black friends and family? These dramas
are few and far between. It’s not exactly representative.”
Comedian Lenny Henry pointed out the slow progress in
reflecting the diverse ethnic culture on screen must in part
be due to the relatively low number of BAME staff behind
the screen – 5.4% and declining.
Ethnic advertising
Blackett is happy that the UK advertising sector has moved
forward – black and ethnic minority families are portrayed
in a number of fast-moving consumer goods and retailer
adverts on screens and in magazines, but she said there are
still a number of sectors where there is a noticeable absence
of BAME representation.
“Luxury brands still seem to veer away from using BAME
models in their ads, unless a darker skin colour helps enhance a
product benefit – for example contrasting a brightly coloured
handbag or piece of statement jewellery. Why?
“I suspect that the luxury sector carries a misconception
that ‘black’ is not aspirational. So, it’s not seen as aspirational
for a white person viewing that ad or even a black
person viewing it – i.e. there’s still a perception that white
is somehow better than black. Of course, this assumption is
incorrect and dangerous – and as a black woman who works
in advertising, I hope I can be part of the solution in educating
these brands differently.”

She insists that that diverse teams are more creative, pro
–
ductive and create a culture that people want to be part of,
and that, in terms of gender and race, are successful teams
that generate revenue.
“Yet, the percentage of women and BAME groups on boards
and in senior management roles is not good enough. To say
that we’re hard to find, or not qualified, is a nonsense. Nepo
–
tism and laziness means that senior positions go to the same
sorts of people.”
She does not support a quota system, but thinks a form of
the ‘Rooney Rule’ should be implemented – the Rooney Rule
in the USA requires teams to interview BAME candidates for
senior coaching and operational jobs, but does not impose
any kind of quota on who actually gets hired.
She also believes that ensuring where possible, interview
panels contain members from a BAME background to help
shift the inequality that exists – decoding language and
culture in the interview room will ensure each candidate
is allowed to shine.
To encourage diversity within MediaCom, Blackett
set up a government approved apprenticeship scheme.
“We have also partnered with organisations to help
us find talent from diverse ethnic backgrounds to apply.
As we’re the market leader, I believe it will encourage
other agencies to follow suit.”
She has won numerous awards for her work in the industry,
including an OBE in the Queen’s Birthday honours for services
to Media & Communications in 2014 (see box).
Blackett’s visibility is also a factor in changing the make-up
of MediaCom. Since she became CEO in 2011, the number of
BAME employees at the agency has increased from 12% (the
industry average) to just under 18%.
“People that look like me know it’s an industry where you
can progress, you can learn, you can earn … and then serve
and help cheerlead the next class.” 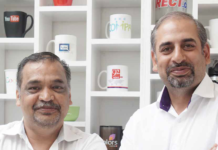 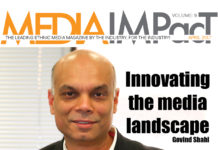 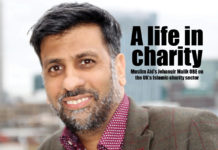